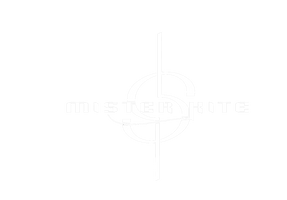 The journey of Mister Kite began in 1992. Alf Wemmenlind, Anton Johansson, Mats Bergentz and Magnus Norling got together and started to create music. Lots of local gigs followed and some attention was given to the band.  After a couple of years Magnus decided to leave, and the other three continued but where stuck on a couple of demo recordings. Magnus Kristensson stepped in and helped the band to lay down some guitar solos on a few of those demos, and as it turned out he became a permanent member of the band! More demos were made and after receiving excellent reviews, the band decided to go into a studio to record a full length album in the summer of 2001.

Tomas Djurfeldt, an old friend of the band who was drafted to play keyboard and additional guitar parts, completed the line up as Mister Kite's fifth member. New and very important friends were made during the recording of the debut album, such as Björn Dahlberg - the owner of the studio, producer Christer Hermodsson, cover artist Carl-André Beckston and the manager of Lion Music, Lars Eric Mattsson. Guitar wizard Mattias IA Eklundh blessed the song "Seventeen Years" with a stunning solo. All this work resulted in the debut album "All in Time" which was released by Lion Music in April of 2002 and the total amount of nice words, good grades, well-wishing and congratulations was overwhelming.

The same year, the band performed at Midtfyn Festival (DK) and the ultimate high of 2002 was an invitation to join Dio on the Scandinavian part of their "Killing the Dragon" tour.

In the summer of 2003, Mister Kite went back to the studio to record their second album, "Box of Fear". The album was released in February 2004 and was preceded by a CD single called "The Hunger" released in November 2003. Once again, the band received numerous incredible reviews and were compared to bands like Qüeensryche, Linkin Park, Sevendust and fellow Swedes Masquerade, just to name a few.  Festivals and clubs were played. Later that year, Mister Kite joined up with Saga to support them on their "Network" tour.

Unfortunately, both Tomas Djurfeldt and Anton Johansson signalled that they were to quit the band in 2005 due to other commitments. In 2006, two new members joined up with Mister Kite: Linus Abrahamson on bass and Robert Ahrling on guitar. The song "Won't Go Away" was especially written for the book "Stigma" by Swedish author Åsa Schwarz. Mister Kite also appears in the story! More gigs and demos were made, but somehow it all ran out into nothing more...

We're all still good friends and have realized that sometimes things don’t go as expected, hoped or what we wished for - face it, move on!

It was a fantastic ride!!!